For centuries, people from all horizons flocked on the banks of the Saint Lawrence River, weaving a net of coastal villages: L’Islet-sur-Mer, Saint-Jean-Port-Joli, Saint-Roch-des-Aulnaies, picturesque towns with privileged access to the sea. 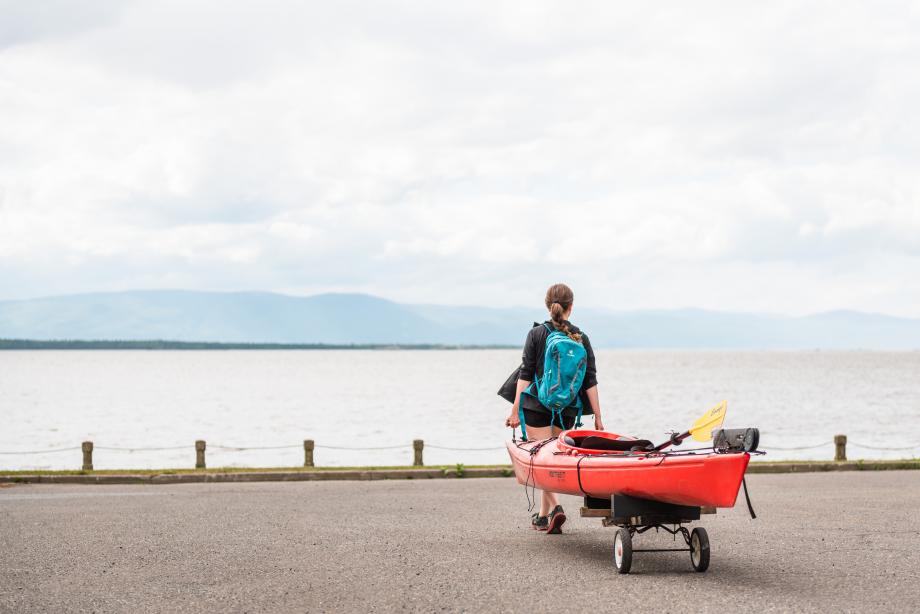 Following a long tradition of portages like a second nature, tourists and villagers, from First Nations to newcomers, leave in turn the mainland, carried by the tide, and lay the kayak awash to reach the endless sea.

First, there is the gentle lapping of the waves, a tranquil power, an invitation to row ahead. Then come the wind and currents. The kayak sways far offshore, where the sky and estuary meet to give an always glazing spectacle. Sometimes, the river is calm as ice and some days, it rises, choppy, and its waves are crowned with white caps, that the people here call moutons. With time, one learns to recognize the shape of clouds, the texture and direction of waves, as guides – hints of the river’s mood and of favourable times to sail.

Local harbours, like the one in L’Islet, behind the Notre-Dame-de-Bon-Secours church, are part of an intangible heritage: there, the Saint Lawrence River lies like an old friend reaching out. It invites us to taste its salty air, breathe deeply and feel free. One can venture far at last, cradled by waves, admire the beautifully immense landscapes and sometimes frightening moving waters.

When greeting the Saint Lawrence, one bows to the laws of nature and takes full measure of the beauty of Quebec’s vast territory, its depths where marine life abounds. He or she who sails on its back will understand why many consider this body of water as a jewel – it shines like a thousand mirrors, it harbours treasures: from the Greater Snow Goose, Canada Goose, so many migratory birds and majestic colours…

The kayak advances in silence, sailing softly back to shore, carried by the rising tide. Its belly caresses the sand, and feet still in the water, one has the chance to relish living close to the river, whose immensely beautiful force and fragility leave no one indifferent 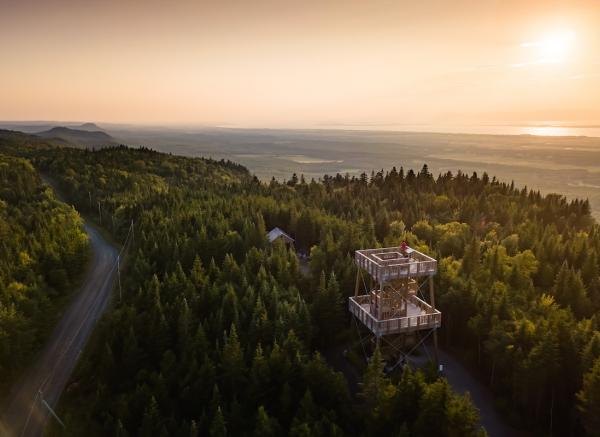 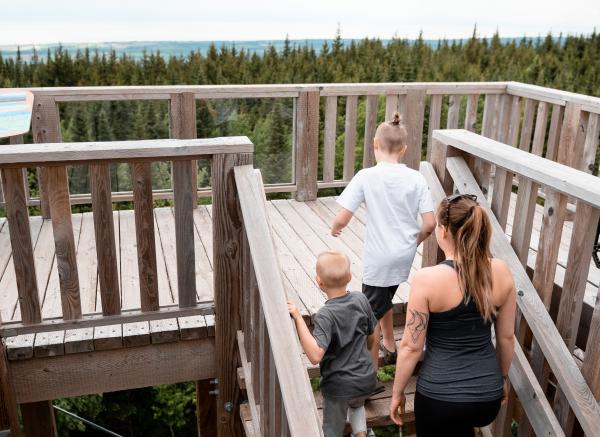 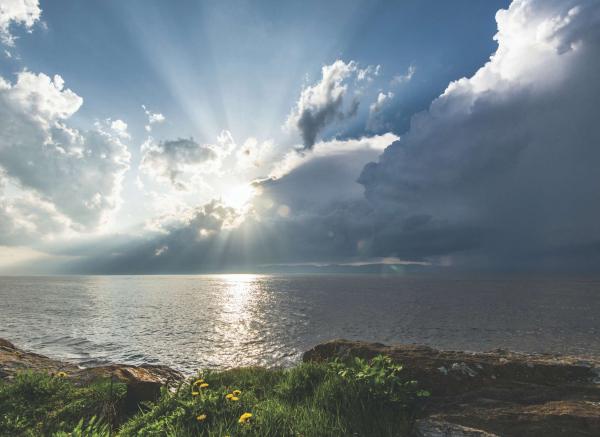